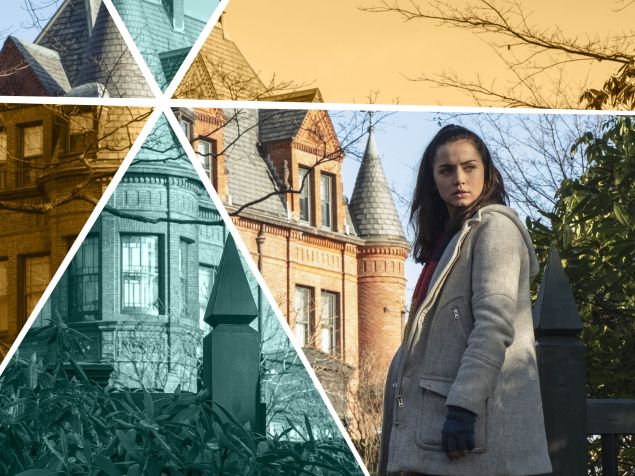 Whether it takes the form of a puking liar or a grinning portrait, cleverly disguised mischief lurks behind Benoit Blanc’s back in Knives Out, ever eluding the Holmesian detective’s gaze. The subtle sorcery of magical realism appears again and again in writer-director Rian Johnson’s film coalescing around the nurse, Marta Cabrera, as she incrementally manipulates the world around her.

As a literary genre, magical realism pits Western ideals of reality and single-person accounts against indigenous and plurality history. It combines elements of both to confront societal tensions and systems of power. Knives Out, released one year ago this week, is no different. Mysteries are, by their liminal nature, suited to magic.

Rian Johnson exploits beats of the detective story in order to create an atmosphere of constant irony surrounding Cabrera (played by Ana de Armas) and Blanc (Daniel Craig). However, in doing so, he crafts a narrative of inconceivable circumstances. The plot hinges not on coincidence, but on magic. Marta’s magical interference is unquestioned, unavoidable and necessary to the plot. Within the film, Marta is an agent of magical realism. 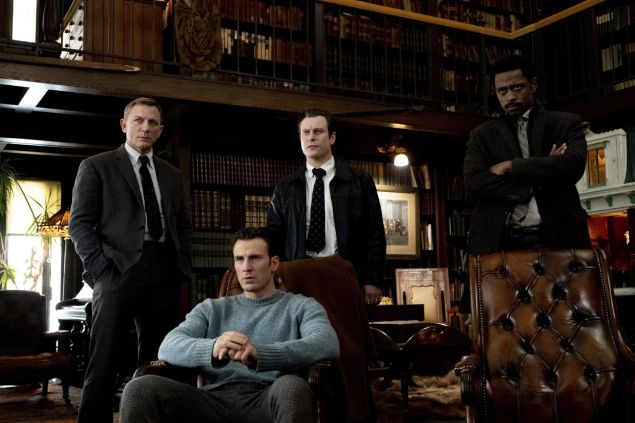 (L to R) Daniel Craig, Chris Evans, Noah Segan and Lakeith Stanfield are among the large cast of Knives Out, but Marta alone is the focus of the film’s magical happenstance.  Claire Folger/Lionsgate

Magical realism is a genre that has origins in South American literature. It now encompasses writers globally, but typically magical realism comes out of heavily colonized countries—places like Colombia (Gabriel García Márquez), India (Salman Rushdie), and South Africa (Zakes Mda). No single motif unites magical realism, but common themes include inheritance, family, colonialism and unreliable narrators—all of which play a role in Knives Out. Most importantly, magical realism mixes speculative elements and extraordinary moments of circumstance. Magic is naturally occurring, precipitated by desire, event or birth. Magical moments are believed wholeheartedly and unquestioned throughout the text.

The clearest indicator of magic in Knives Out is the portrait of Harlan Thrombey (Christopher Plummer). We see it in full for the first time as Marta faces him before her introduction to Blanc. He stares at her in paint, utterly austere. In the script, the portrait changes expression multiple times. In the film, just once. At the end of Knives Out, Portrait Harlan smiles, watching his family forcibly escorted out of Marta’s house.

This obviously magical change is the one that encourages us to rewatch the film with fresh eyes. So, let’s start at the beginning.

As soon as we meet Marta we’re told that she cannot lie—and she becomes physically ill when she tries. While Western audiences might read this as a trope of the murder-mystery, it’s clear that as a Latin-American woman, Marta is afflicted by magical tradition. (This quirk is similar to the natural talents observed in Marquez’s Buendia family and Rushdie’s Midnight’s Children.) From her very introduction, she acts as an agent of magical realism, embodying a power fantasy rooted in inherent justice and powerful good. 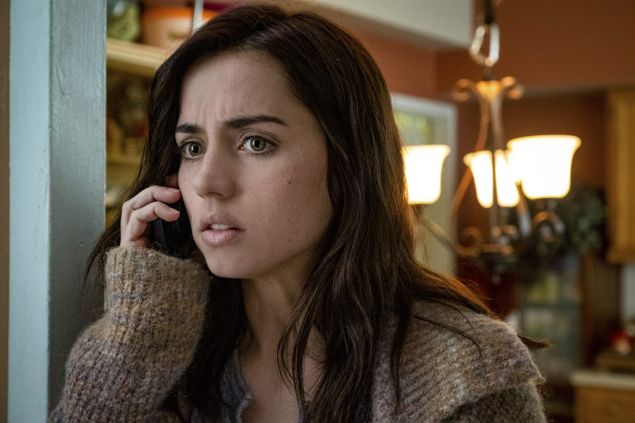 In Knives Out, Marta is a good nurse. She can inherently tell the difference between the two liquids. Magic is not questioned. It is witnessed. Claire Folger/Lionsgate

When Marta goes with Blanc to review the security tape, she realizes that she pulled off at the wrong point, and will be exposed. The guard says that the tape sometimes overheats, and while we do see her thumb near the eject button, we never know if she presses it. What we do know, however, is that when the tape pops up, it’s smoking. That didn’t come from an eject button. It’s also worth noting that in the script, it’s never specified who is running the machine, just that Marta realizes her mistake and then it malfunctions: the act of a magician.

Marta and Blanc continue their tour of the property. When Marta asks what she should be looking for, Blanc says “you’ll know it when you see it,” and then turns away, just as a dog bounds up to Marta with a piece of the trellis. While the irony is thick, this presents an opportunity for Marta to destroy evidence. She’s once again given what she needs to clear her name, or at least remove herself from suspicion. These aren’t just coincidental conventions of the murder-mystery genre, but activations of her magic will.

These coincidences aren’t always to Marta’s benefit. After the will is read and she is pursued out of the house by the Thrombeys, her car fails to start, impacted by her own fear and confusion. Every other incident was foreshadowed, except for this. The next day the car is fine, and she and Harlan’s grandson Ransom (Chris Evans) drive it to the medical examiner’s office.

Next, the medication. Blanc makes an attempt to rationalize this; Marta is a good nurse. She can inherently tell the difference between the two liquids. That’s fine, but this solution is also a key part of magical realism. Magic is not questioned. It is witnessed. In Marquez’s One Hundred Years of Solitude, nobody questions the crosses that permanently manifest on the foreheads of the 17 Aurelianos. Nobody asks why butterflies follow Mauricio Babilonia. It happens. It’s real. “I just know,” as Marta says. And that is that.

Lastly, when Ransom grabs a knife off the wall, out of all of them, the dozens if not hundreds of exceptionally sharp daggers, he grabs a false blade? The stage prop? Ransom grew up in that house. He probably played with those knives as a child. It’s just ironic enough to hand-wave as “murder mystery tropes” once again, but if we are reading magical realism into this, then we must conclude that Marta, in an act of desperation, caused the change.

Magical realism is a genre burdened by history. Much like a murder mystery, full of unreliable narrators, chased by the clock, magical realism takes mythologized events and reinterprets them as the truth, over and over. While many make attempts to overwrite the past in Knives Out (from Harlan’s final will to Ransom burning the toxicology report) only Marta, the singular agent of magical realism, ever escapes the confines of assumption. Because she cannot lie and her will is the truth.

Observation Points is a semi-regular discussion of key details in our culture.

Curtis Waters on His World of Discovery